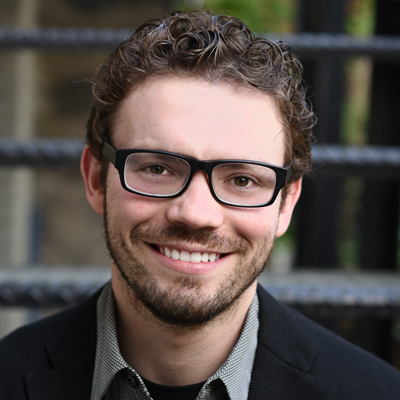 Ben Rosenfeld (Twitter | Facebook | YouTube | Website) is the creator of the book “Russian Optimism: Dark Nursery Rhymes To Cheer You Right Up.” The hardcover has spent time in Amazon’s Top 20 Best Sellers for Dark Humor and the Kindle eBook has been in Amazon’s Top 5 for Humor.

Ben was born in the Soviet Union and his family immigrated to America when he was a child. Before becoming a full-time comedian, he worked as a management consultant for Accenture, a Fortune 500 technology company, and was enrolled in a neuro economics Ph.D. program at Caltech on a full scholarship.

Ben Rosenfeld is also a stand up comedian who creates smarter comedy for smarter people. Ben’s comedy blends his family’s experience as Russian immigrants in America with his philosophical beliefs, political observations and unique characters. Ben has appeared on FOX’s Laughs, CBS This Morning, National Geographic’s Brain Games, Rooftop Comedy and been featured as TimeOut New York’s Joke of the Week. He has twice headlined at Caroline’s on Broadway, hosted at the Lincoln Center and performs nightly in New York City. Ben’s first comedy album, Neuro Comedy, is available on iTunes and Pandora.

See More Of Ben At: BigBenComedy.com

Dov Smiley (Twitter | Website) is a published comic artist and illustrator. Having studied at both the Ontario College of Art and Design (OCAD) and the Kubert School, Dov’s body of work can be found in various publications and anthologies. Most recently, Dov self-published The Book of Jonah, which can be found on his website: JonahComic.com.

Dov is not Russian…and is really hoping Russians have a good sense of humor.